I am the Arnold Simon Professor and Chair of the Department of Child and Adolescent Psychiatry as well as the Director of The Child Study Center at NYULMC. My research is focused on identifying risk factors for psychopathology in children, particularly those who have experienced traumatic events. My work is also dedicated to developing and disseminating effective treatments for traumatized children and their families. I have conducted a series of studies on the identification of biobehavioral processes that lead to traumatic stress in acutely traumatized children. Conducting longitudinal studies of children in the wake of a trauma is an ideal methodology for understanding the processes by which symptoms emerge and persist. We have published some of the first studies of childhood Acute Stress Disorder as well as initial findings of bio-behavioral risk factors for PTSD in acutely traumatized children (Saxe et al., 2005; Hall, et. al., 2005; Stoddard et al., 2006). Some of these multivariate risk factors have identified independent “Pathways to PTSD” based on distinct acute anxiety and dissociative pathways (Saxe et al., 2005; Kaplow et al., 2005). Our work suggests that acute anxiety and dissociation may be the phenotypic markers of different biobehavioral systems. We have conducted several psychopharmacological studies with injured children. In independent samples of injured children, the amount of morphine (mgs/kg/day) that injured children receive during hospitalization diminished their risk for PTSD symptoms six months after discharge (Saxe et al., 2001, 2006). The finding on the preventative nature of opiates for PTSD has been replicated several times by others, including a landmark study published in the New England Journal of Medicine in 2010 that found that administration of morphine to injured soldiers in the field significantly reduced risk for PTSD.

More recently my research has been dedicated to developing novel methods and computational tools to search data sets for causal information related to the emergence and sustenance of psychopathology in children. Our approach called the Complex Systems-Causal Network method uniquely integrates algorithms using Causal Modeling and Network Science methods to search for information related to the causes of psychiatric disorders, their prevention and treatment.

I have developed and evaluated several interventions and clinical tools to influence practice in front-line clinical settings. Perhaps the most important of these is Trauma Systems Therapy (TST). TST is both a clinical and an organizational model for the treatment of traumatized children and guides decision making for this treatment in over 40 agencies across 14 states. Our book/treatment manual, Collaborative Treatment of Traumatized Children and Teens: the Trauma Systems Therapy Approach was published by Guilford Press in 2006. TST has been adapted for traumatic stress in children who 1) live in urban and rural settings, 2) with co-morbid substance abuse, 3) with burn and non-burn injuries, 4) who are refugees from war, 5) who receive treatment in residential care settings, 6) who receive treatment in shelters for unaccompanied minors, 7) who receive child welfare services and live in foster care. 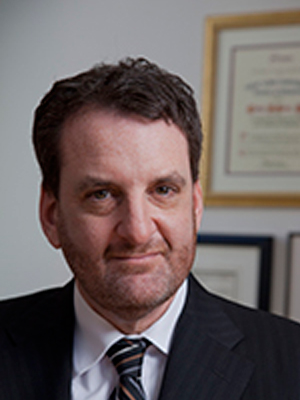