How is tempestuous neural activity, driven by internal dynamics and external sensory input, resolved into coherent behavior? Animals (especially human animals) have many competing goals and drives as well as a barrage of sensory input to process. If our attention and actions are as frenetic as the world around us (as may be the case in attention deficit disorder) we will have difficulty accomplishing our goals. How does the brain deal with all of this competing input? How do brain structures deal with ambiguous or conflicting sensory information? And how do different brain structures communicate, influence and compete with each other so that the result of this competition is coherent thought and action? These questions cover a range of topics: attention, emotion, decision-making, cognitive control, planning, working memory, and others. In order to tackle these challenging questions, my lab uses a high-throughput training facility to develop complex rodent behavioral paradigms that evoke some aspect of competition of conflict. Then using a synthesis of the latest experimental (high-channel count neural recording, optogenetics, pharmacology) and computational techniques we develop and test theories of the corresponding neural mechanisms. Some ongoing projects include:

Mapping decision-coding in the cortex of rats
The rat is a relatively understudied animal model for decision-making. But due to their size, cost and cognitive abilities they are a powerful model. During my postdoctoral work in Carlos Brody’s lab I helped identify several key areas (e.g. the rat frontal orienting field and posterior parietal cortex) that show decision-related activity. However, the borders of these areas are unknown, and similar activity may be found elsewhere in the cortex. In my lab, we will further map out using electrophysiology and optogenetics the encoding of probability, value, effort, confidence and action across rodent cortex and examine how the neural mechanism of competition or tradeoff between factors (e.g. choosing a large reward that effortful vs. a small easy reward). This lays a foundation for comparison of rats to other model organisms (e.g. humans and non-human primates) and also serves as a guiding for more detailed explorations.

Stress & Economic Choice
We all experience conflict between immediate rewards (a delicious pastry) and long-term goals (staying fit). One important variable in comparing immediate and future rewards is called the discounting factor: how much we undervalue future rewards. In humans, it has been shown that stress can increase the discounting factor, leading choices of immediate rewards. This phenomena can have serious social consequences. Those living in poverty experience significant stress that can perpetuate the cycle of poverty by driving decisions to be more steeply discounted (Haushofer & Fehr, 2014). One project in my lab will be the development of a rodent model of economic decision-making under stress to determine the neural mechanisms by which stress exacerbates discounting.

Attention & Amphetamine: endogenous and exogenous cognitive enhancers
Attention and motivation play an important role in our ability to use our cognitive resources how and when they matter most. In attention deficit hyperactivity disorder (ADHD) the ability to engage and disengage these resources is impaired. Stimulants, like amphetamine and methylphenidate, can help people suffering with ADHD, but the mechanism of these drugs is largely unknown. Using rodent tasks that have been inspired by tasks known to be challenging for those with ADHD, we explore the neurophysiological basis of performance enhancement of both endogenous (i.e. attentional and motivational factors) and exogenous (i.e. ADHD medication) effects on decision-making. 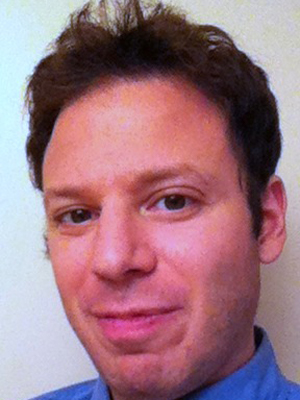