My postdoctoral training was in oculomotor physiology. Working with Prof. David Sparks researching the brainstem and mesencephalic nuclei that control eye rotations, I uncovered evidence that structures participating in the execution of saccadic eye movements might be involved in planning those movements as well. Evidence of this type has been accumulating throughout the neuraxis, but few signals have been associated with any one of the covert processes postulated to intervene between sensation and action. As a result, over the past decade my laboratory has focused on the identification and characterization of signals that intervene between the neural processes that engage in sensory encoding and the neural processes that engage in movement generation. These are the signals which must, in principle, underlie decision-making. My laboratory studies these processes using a variety of tools that are drawn from the fields of neuroscience, economics and psychology, and our methodologies range from single neuron electrophysiology to fMRI to game theory. In a similar way, the members of my laboratory include scientists with primary training in neurobiology, economics, and psychology.

The long-term goal of my research is to describe the neural events that underlie behavioral decision making by employing an interdisciplinary approach, combining mathematical economic and traditional neurobiological tools. By using these tools in our physiological analyses we hope to develop a coherent view of how the brain makes decisions. 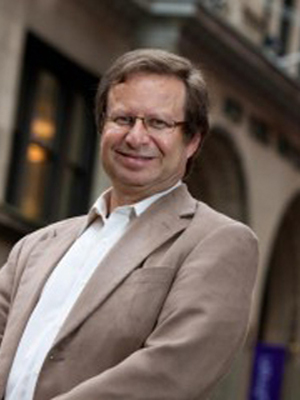