Xiao-Jing Wang is the Associate Vice Chancellor for Research at NYU Shanghai, and Professor of Neural Science at New York University. Before joining NYU in the fall of 2012, Wang was Professor of Neurobiology at Yale University. At Yale he also served as the Director of the Swartz Center for Theoretical Neuroscience, and held secondary faculty appointments in Physics, Applied Mathematics and Psychology.

Wang is an expert on the neurobiology of executive and cognitive functions. His group has pioneered neural circuit models of the prefrontal cortex, which is often called the “CEO of the brain”. In particular, Wang is known for his work on the cellular basis of short-term memory, neural mechanisms for decision-making, communication and synchronization through inhibitory neurons in the brain. His research group is now embarking on a new initiative of developing neurobiologically-realistic large-scale brain circuit models of cognitively-controlled flexible behavior.

Wang received his Bachelor of Science and Doctor of Philosophy in Physics, both with the highest distinction, from the University of Brussels, Belgium. He is a recipient of an Alfred P. Sloan Research Fellowship, a National Science Foundation CAREER Award, a John Simon Guggenheim Memorial Foundation Fellowship, and the Chinese Government’s 1000 Talent Award. Wang is also a Fellow of the American Association for the Advancement of Science. 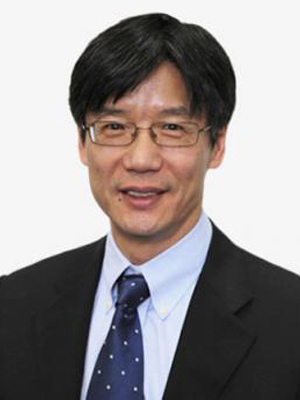