I am an assistant professor of Neural and Cognitive Sciences at NYU Shanghai. Originally trained in system science and control engineering at Zhejiang University in China, I became interested in understanding how the brain controls body movements in a dynamically changing environment. I pursued this interest through my doctoral study in bioengineering at Arizona State University, focusing on motor control and motor learning.

As I transitioned from graduate school to postdoctoral training, my research interest shifted from brain function in motor control to higher cognitive functions, particularly economic decision-making. Economic decision-making entails a series of mental processes: multiple determinants on which each option can vary are integrated into a subjective value; the decision is then made by comparing values; often times, the choice outcome is eventually transformed into an action. My postdoctoral work focused on identifying the neural circuits and mechanisms underlying these mental processes.

My current research program includes studying how various attributes such as delay and probability of negative outcomes affect valuation and decision making; how the alteration of activity in subcortical areas affects reward and punishment processing in cortical areas involved in decision-making and where and how value information is maintained in working memory. I will address these questions with a network approach, both in terms of local circuits (interaction among different type of cells) as well as cortical-cortical and cortical-subcortical interactions. Such investigations require simultaneous ensemble recordings from multiple brain regions, manipulating the activity of specific type of cells as well as selectively stimulating neuronal ensembles in a particular brain region. I hope that a deeper understanding of brain mechanisms that underlie choice and choice-guided behavior will ultimately allow for new approaches to treat various disorders of choice, such as major depression, obsessive-compulsive disorder, and drug addiction. 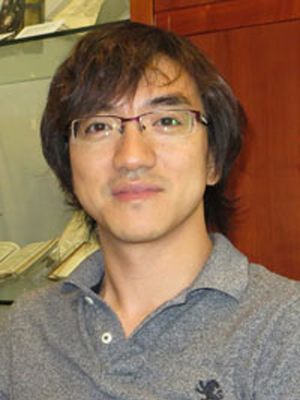